Do not repay evil for evil - in Old Testament

October 02, 2021
Ex 23.4   “If you meet your enemy’s ox or his ass going astray, you shall bring it back to him.  5  If you see the ass of one who hates you lying under its burden, you shall refrain from leaving him with it, you shall help him to lift it up. [ a ] 1 Sam 24.16 And Saul lifted up his voice and wept. 17 He said to David, “You are more righteous than I; for you have repaid me good, whereas I have repaid you evil. 18 And you have declared this day how you have dealt well with me, in that you did not kill me when the Lord put me into your hands. 19 For if a man finds his enemy, will he let him go away safe? So may the Lord reward you with good for what you have done to me this day. Prov 20 22  Do not say, “I will repay evil”;  wait for the Lord, and he will help you. Psalm 37  Fret not yourself because of the wicked,     be not envious of wrongdoers! 2  For they will soon fade like the grass,     and wither like the green herb. . . . 6  He will bring forth your vindication as the light,
Post a Comment
Read more

violence against noncombatants in Ancient Near East wars 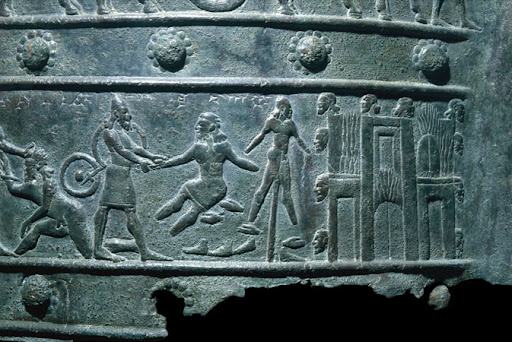 ANE TODAY - 201409 - Horrors of War in the Ancient Near East - American Society of Overseas Research (ASOR) By Jordi Vidal . . . . This archive described in detail the devastating effects on the city’s inhabitants of the siege led by Nabopolassar of Babylonia: the price of cereals rose, the lower classes were drastically impoverished, and traders appeared, offering to buy the children of ruined families. ...  Following in the footsteps of Van de Mieroop, Nadali and I have edited a volume devoted to violence against noncombatants from the end of the third millennium BC (the Third Dynasty of Ur) to the middle of the first millennium BC (the Achaemenid period). The end result was  The other face of the battle. The impact of war on civilians in the Ancient Near East , a set of seven contributions from Agnès Garcia, Jürgen Lorenz, John MacGinnis, Leticia Rovira, Ingo Schrakamp, and Jeffrey Zorn. Brass band from the Balawat gate of Shalmaneser III showing prisoners being tortured and dismemb
Post a Comment
Read more

After the Second World War, military history became a marginal discipline within academia.

... the study of war has been neglected, no more so than in the ancient Near East, and especially its impact on noncombatant populations. After the Second World War, military history became a marginal discipline within academia. From 1960 to 1990, devoting oneself to the study of war meant the risk of being described as right-wing, a war-gamer or, in the best cases, second-rate. Some military history specialists explained this marginalisation as the direct result of the trauma caused by the twentieth century, the nuclear threat, the prospect of nonconventional wars, peace movements, or just greater interest in socio-economic rather than political history. “Standard of Ur,” ‘War’ panel, from the Royal Cemetery, ca. 2600 BC. Since the 1990s military history has resurged and there are an increasing number of books, journals, articles, conferences, and scientific meetings on the subject. I believe that the main reason is very simple: the military history being written now is better than wh
Post a Comment
Read more

Racism in a socialist state (Cuba)

October 01, 2021
So much for capitalism being the essential cause of racism.   https://foreignpolicy.com/2020/09/09/cuba-government-blm-police-racism-black-lives-needs-to-look-within-as-it-denounces-us/ Anger among anti-racism activists has recently flared, after the Cuban police killed a 27-year old Black man, Hansel Hernández, in Guanabacoa, just outside Havana, on June 24. Two officers claimed they saw him stealing auto parts at a bus stop and pursued him when he began to run. One of them, a Black officer, ultimately shot Hernández in the back after he allegedly began throwing rocks at them. The government was forced to acknowledge the police killing of Hernández a few days after his aunt publicized the details of his death on Facebook. Nonetheless, as activists were organizing a protest in Havana following Hernández’s killing, several high-profile participants were detained by the police in order to thwart the event, including various outspoken artists, such as Tania Bruguera, as well as independ
1 comment
Read more

Let Afghanistan's neighbors worry about it 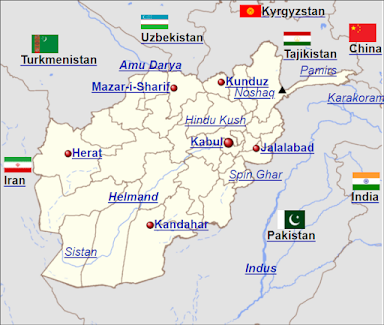 All of Afghanistan's neighbors, except Iran, are not Muslim fundamentalist and have experienced Muslim fundamentalist terrorism or rebel movements. They all have in interest in stopping Muslim fundamentalism. Russia, China and India are Great Powers, none is Muslim. Pakistan is Muslim, but not fundamentalist, and is much more powerful than Afg.. These countries also have centuries of experience dealing with Afg.  I'm no expert, but maybe we should let them worry about Afghanistan . They are probably not going to let it run wild. If they did Muslim terrorists from Afg. would probably attack them long before the United States.  Iran is  Muslim fundamentalist, but it is already far more of a threat than Afghanistan could ever be- it is bigger, has more people (83 million compared to 38 M), is richer, has more technology, in a more strategic location. Afg. has no flying air force now that American technicians have left.  Iran has an air force. Iran has built drones and medium range
Post a Comment
Read more
More posts